A number of fuel gases are used for industrial applications, in combination with oxygen or air: e.g. acetylene and hydrogen 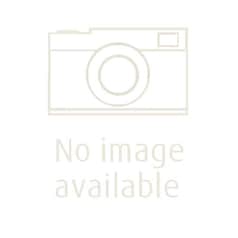 This is a Restricted product(Special Gas)

Many fuel gases are composed of hydrocarbons (such as methane or propane), hydrogen, carbon monoxide, or mixtures thereof. The most common type of fuel gas in current use is natural gas. Natural gas, composed primarily of methane, is the dominant source of fuel gas, as instead of having to be manufactured in various processes, it can be extracted from deposits in the earth. Natural gas may be combined with hydrogen to form a mixture known as HCNG. Additional fuel gases can result as a process of refining natural gas or petroleum: -Propane -Butane -Regasified liquefied petroleum gas Fuel gases have been used in numerous applications. Various gases such as acetylene, natural gas, propane, propylene and hydrogen can be used as a fuel for cutting and welding, heat treatment, as power and energy for transportation and combined with oxygen, for various industrial processes. Our most popular fuel gases:

• Acetylene: The hottest and most efficient of all fuel gases, acetylene (C2H2) provides high levels of productivity thanks to good localised heating with a minimum of thermal waste. It also requires the least amount of oxygen to ensure complete combustion. This flammable, colourless gas is lighter than air so does not accumulate at low levels, where it could cause a potential hazard. It is generally supplied dissolved in acetone or DMF (dimethylformamide) in specially designed cylinders to prevent decomposition. • Hydrogen: It is the only fuel gas that does not contain any carbon atoms. H2 has the highest thermal conductivity of all gases. Combined with oxygen, the hydrogen flame reaches a temperature of 2834°C. It is often mixed with argon to create a range of argon/hydrogen shielding gases for TIG and plasma welding. These shielding gas mixtures are primarily used for welding austenitic stainless steels and some nickel alloys. Hydrogen can also be used with argon in a range of gas mixtures for plasma-cutting (stainless steel and aluminium mainly). • Propane: Clean burning characteristics make propane ideal for a wide range of industrial and agricultural applications. These include oxy-propane cutting and brazing, soldering, preheating, heat treatment, shrink-wrapping, drying crops, heating greenhouses and livestock sheds as well as for flame-weeding and pest control. It is also employed in its pure form as the fuel gas in flame photometers.

Did you know that your Internet browser is out of date?

To access our new site, please download the latest version of Internet Explorer, Firefox, Chrome or Safari. Alternatively, you can visit us with your mobile device (smart phone or tablet).

Firefox - Version 38 and above

Chrome - Version 45 and above

Safari - Version 8 and above